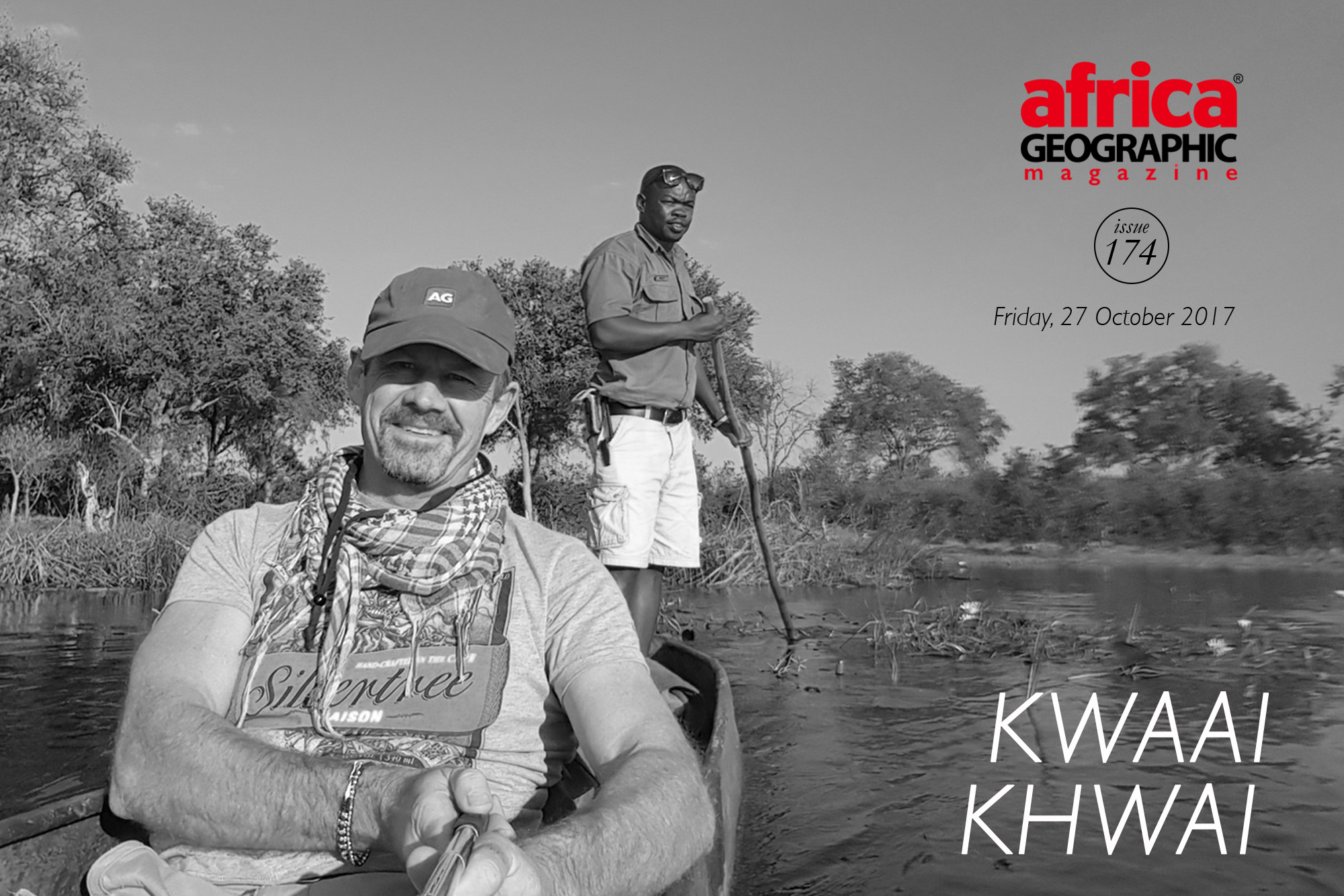 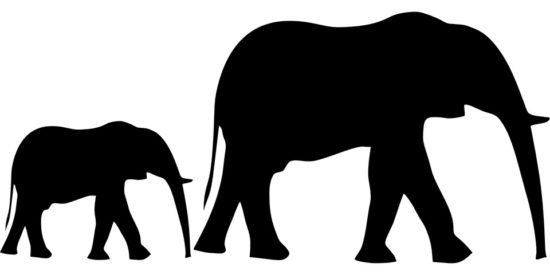 My toothbrush clattered to the wooden deck and evicted its foam cargo as I processed what had just happened.

It all started out as a typical safari day at a tented lodge – early morning coffee on the wooden deck of my Meru-style luxury tent, dreamily gazing across the Khwai River channel into Botswana’s Moremi Game Reserve and listening to the dawn chorus.

Then, as I was brushing my teeth in preparation for the first game drive of the day, all hell breaks loose. A panicky impala splashes across the shallow channel in front of my tent and disappears in a clatter of hooves into the kitchen area some 100 metres away and behind our tent. 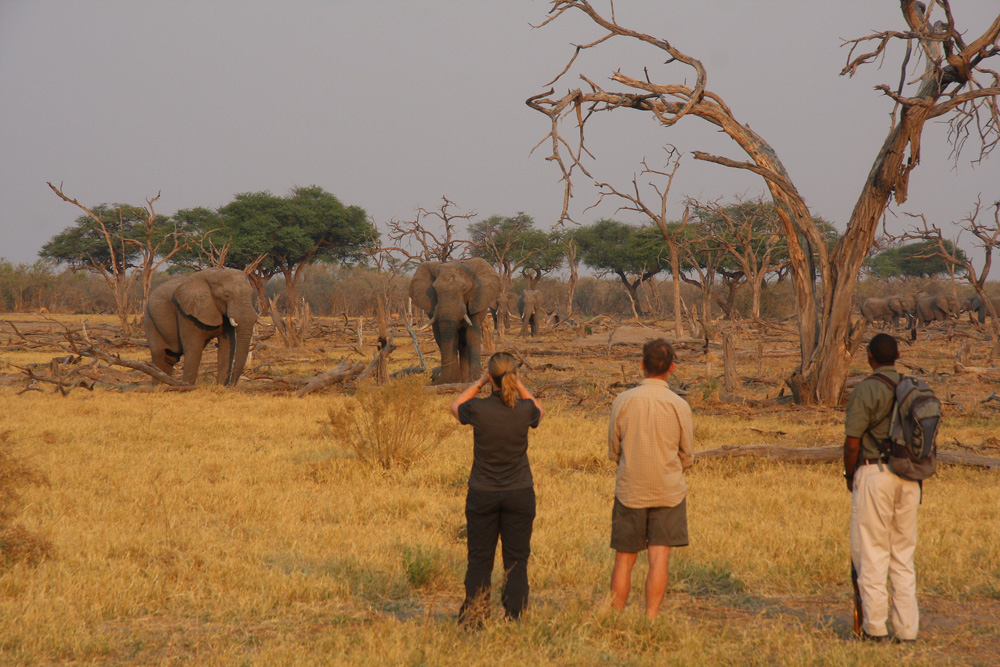 Then a wild dog hoves into view, short cuts across my deck, within touching distance, and disappears into the kitchen area. I kid you not. The wild dog did not even notice me, so zoned, was he.

I can still remember the castanet-like clicking of his claws battling for traction on the polished wooden deck. Three more dogs lope past, all tunnel-vision, and also disappear into the kitchen.

Amidst a cacophony of human screams and pots and pans clattering to the ground, the impala exits the kitchen and heads back to the river, the four dogs in hot pursuit.

The wild dogs killed the impala right there in the water, 30 metres in front of my tent, and commence dining in their usual efficient but gory manner.

I had just woken my slumbering wife Lizz and invited her to the spectacle when another wide-eyed impala emerges from the treeline across the river, hotly pursued by another group of wild dogs, and is taken down about 100 metres to our left, also in the shallow river.

That was a few years ago. And so, during my visit to Khwai this year, I was doubtful whether the relevant gods would bless me with another wild dog encounter.

I was wrong. We saw wild dogs most days, including hanging out with them at their den. Weirdly, during this safari, we heard the news that a pack of wild dogs had killed an impala at a lodge a short distance away – by chasing it into the kitchen! Method perhaps?

On this Khwai safari, we again had excellent sightings of leopards and lions and a wonderful but brief encounter with a serval. And, of course, elephants are a dime a dozen in northern Botswana, and we spent many hours in their company.

But then this is what I have come to expect of Khwai. 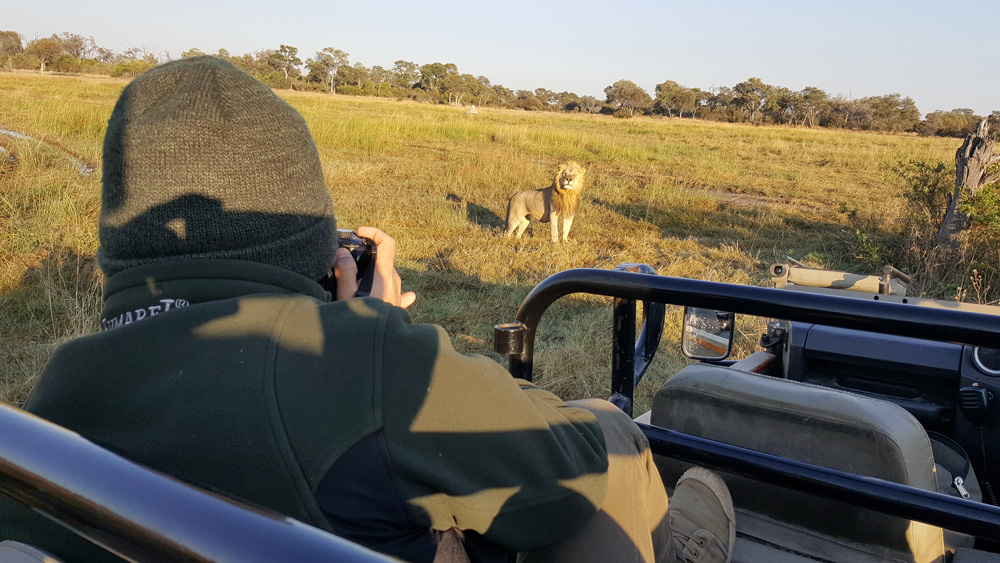 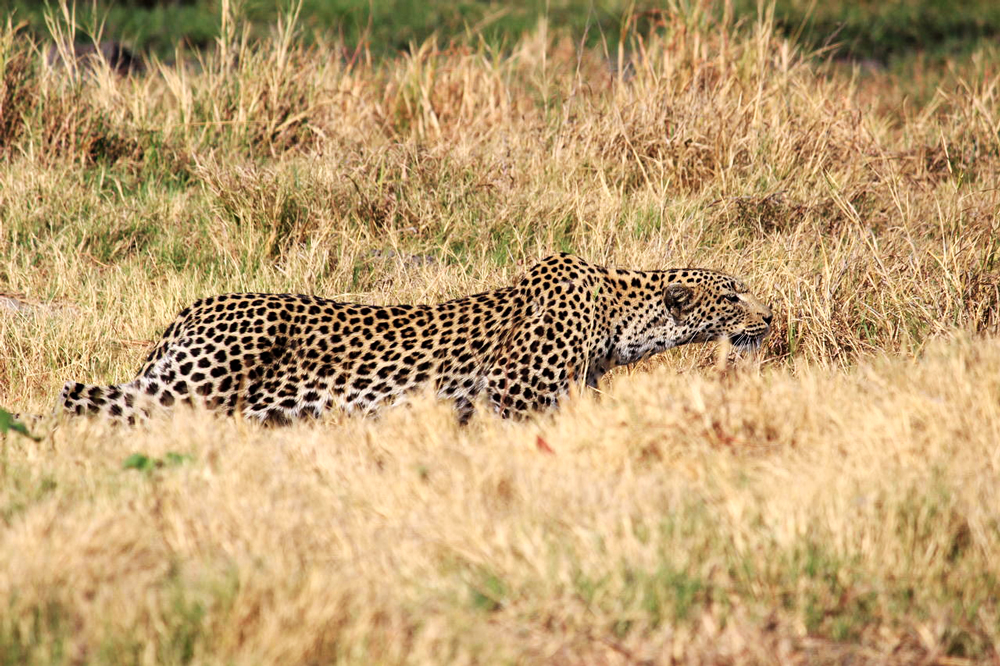 I arrived in Khwai by way of a mobile safari from Maun and spent a wonderful week visiting a few lodges in the area – my time in this special place was jam-packed with excellent sightings, and superb guiding by local people.

There is another reason why Khwai is kwaai (Afrikaans slang for ‘cool’ or ‘excellent’). The local villagers own the Khwai Concession, and your safari here benefits them directly. When you next visit Khwai, take a stroll around the small village and chat with the locals – get a feel for their culture, their way of life.

The village is just a few huts, with no fences protecting the locals from wild animals. How special are the people of this area to decide to dedicate their land to wildlife and tourism?

When there is enough water in the Khwai River you can also go on a wonderful mokoro safari – ask your lodge to arrange an expedition, guided by one of the village inhabitants – a few hours gliding soundlessly and peacefully at water level, checking out frogs, birds and of course hippos, crocs and elephants. A mokoro outing is undoubtedly one of the iconic experiences in Africa, and usually only available in the deeper waters of the Okavango Delta. 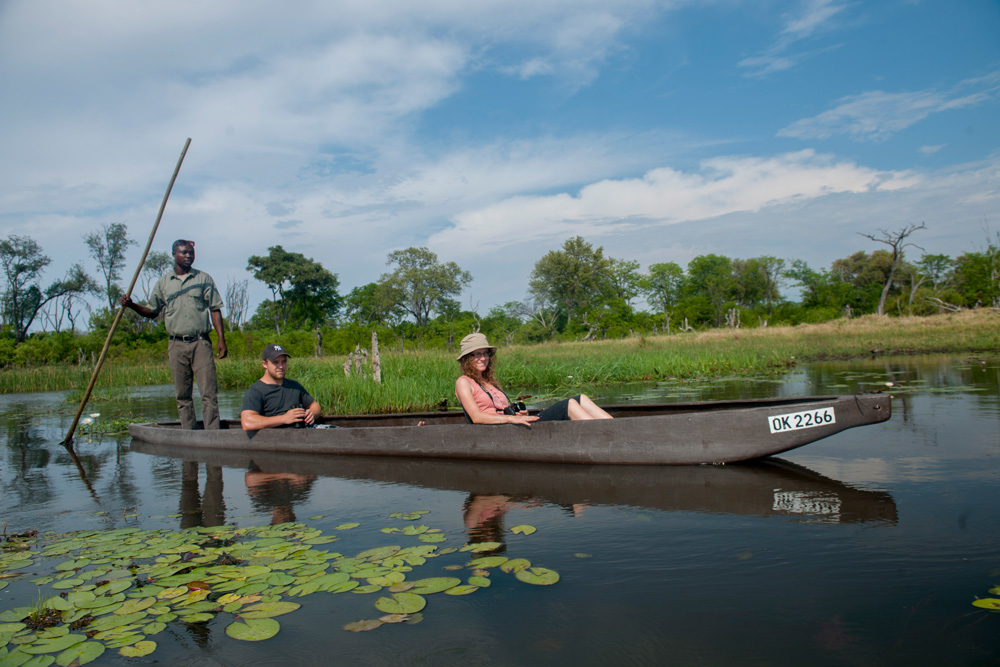 One of the quintessential African safari experiences: Cruising down the river in a mokoro © Khwai Guest House 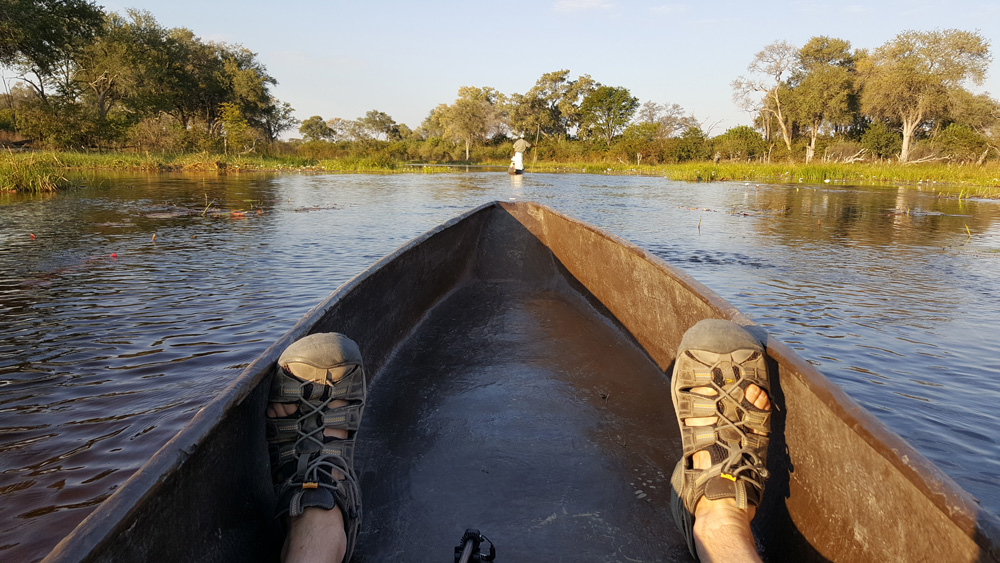 The Khwai Community Concession is a game-rich 180,000-hectare gem on the fringes of the Okavango Delta – sandwiched between Moremi Game Reserve and Chobe National Park.

This is one of the best places in Botswana to see wild dogs and other predators and, with no fences separating Khwai from its larger and better-known neighbours, you are likely to see just about everything that northern Botswana has to offer. 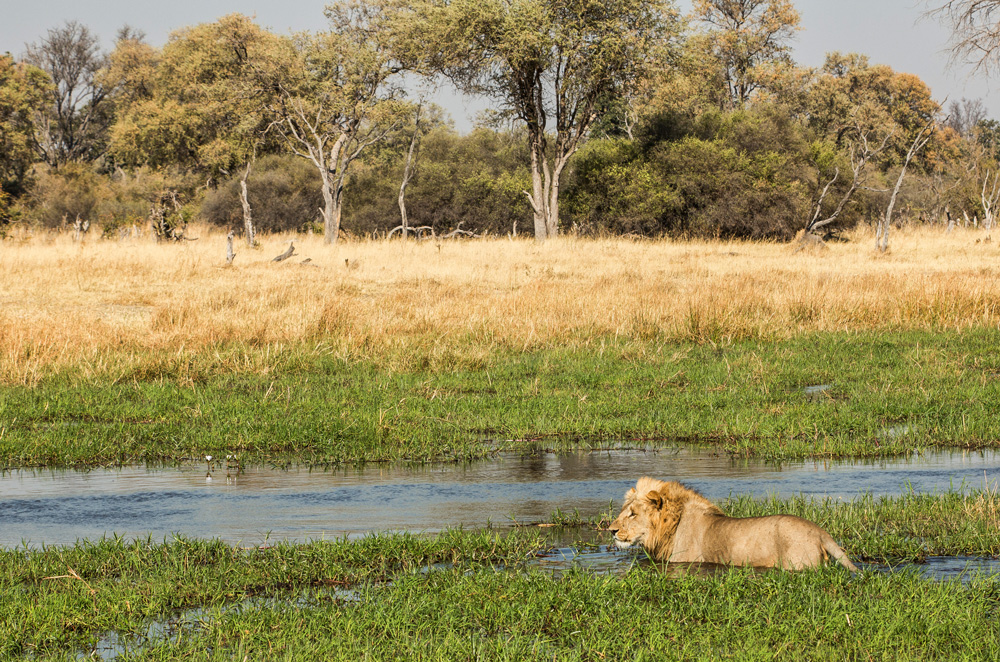 The Khwai River flows through the concession, and in places spreads out to form marshy areas whereas in others is a mere narrow channel that wildlife step across as they migrate between Moremi and the Linyanti section of Chobe National Park, via Khwai. 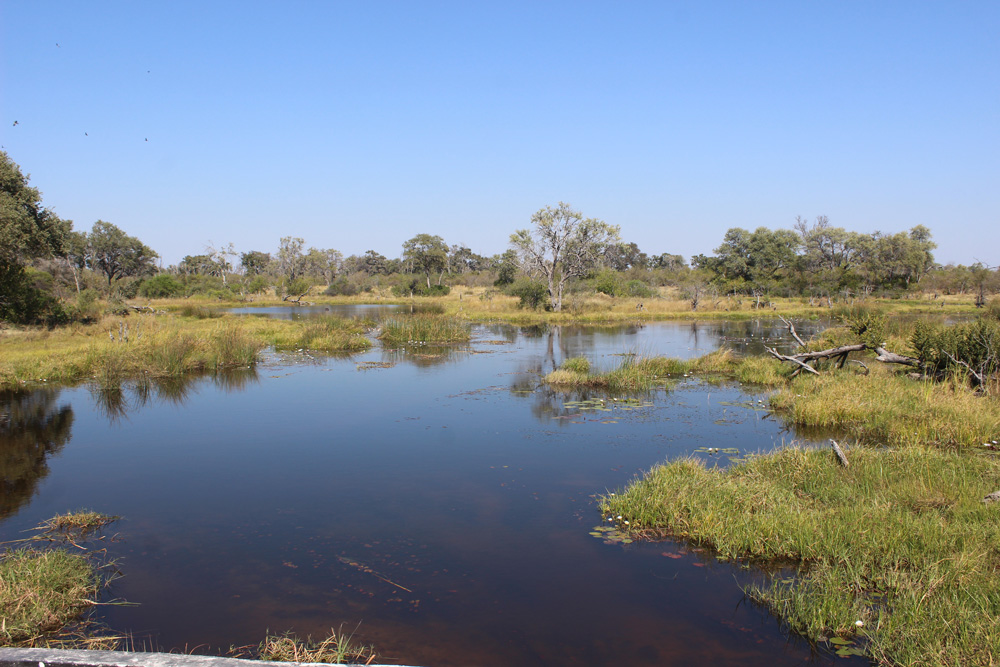 As is the case with most of northern Botswana, elephants can be found everywhere, and lions, leopards and hyenas are commonly seen. Wild dogs often den in the area during the winter months and can then be seen with pups.

Most of the easily accessible concession area is open to the public and mobile safari operators, and so wildlife sightings can be crowded during the prime safari season of July to September. 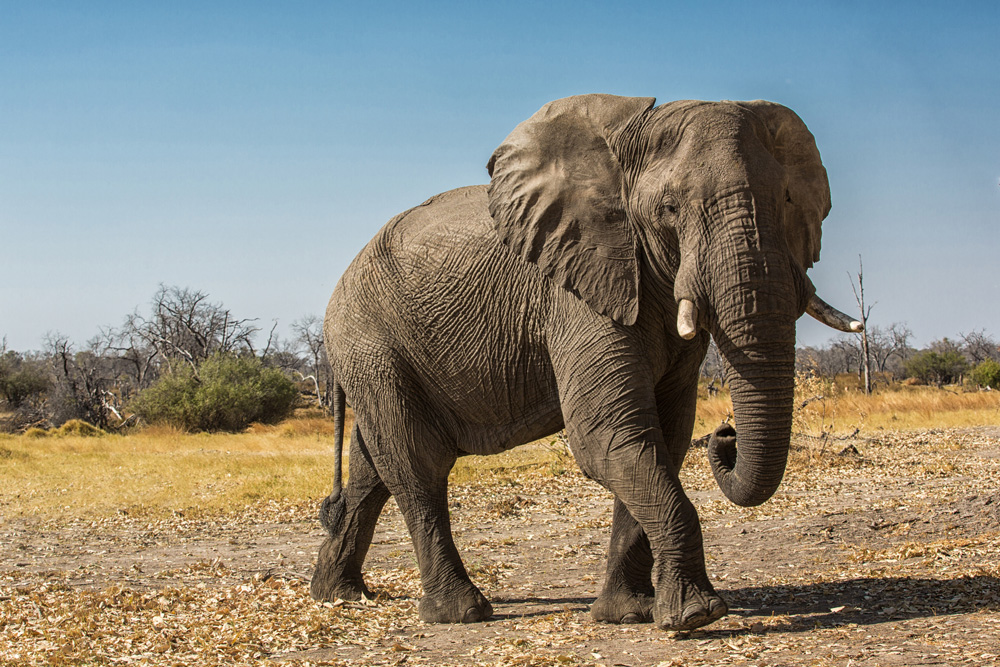 There are though private concessions, with restricted access (and higher prices). Because Khwai is outside of the national parks, off-road driving, bush walks and night time game drives are permitted.

To learn more about places to stay in Botswana, continue reading below the advert.

Places to stay in Khwai.

Relaxing by the pool © Simon Espley

The outside view of the tented accommodation © Sango Safari Camp

Khwai Tented Camp is located on a beautiful site within this community-run concession. It lies on the eastern border of the Moremi Game Reserve, on the banks of a lagoon flowing into the Khwai River, which acts as a boundary between the reserve and the community area. Guests can enjoy spacious and comfortable tented accommodation with private en-suite bathrooms. 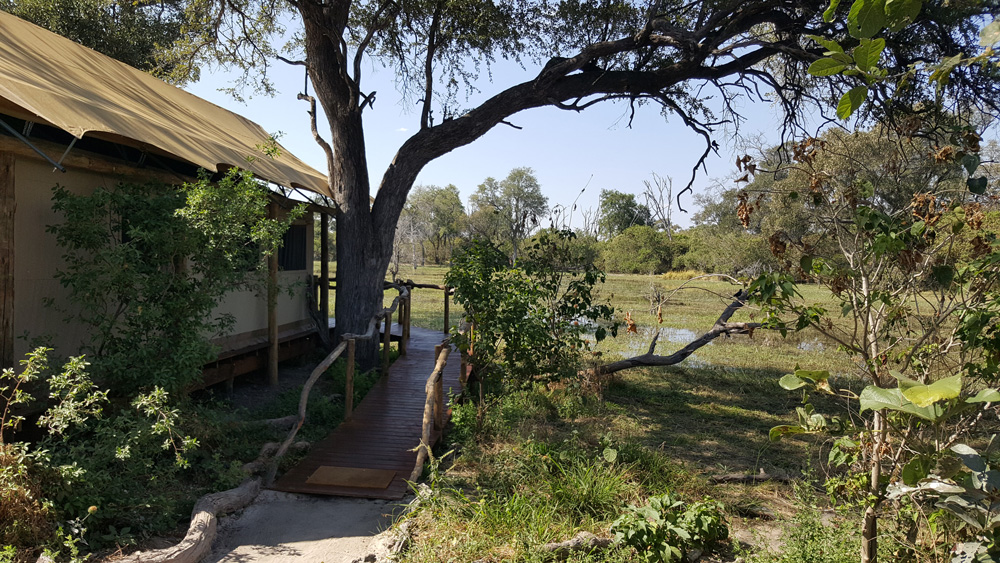 Machaba Camp is a luxurious camp on the banks of the Khwai River. The camp is built in the classic 1950’s style, with luxury safari tents, en-suite bathrooms and living areas, not forgetting the romantic outdoor showers. 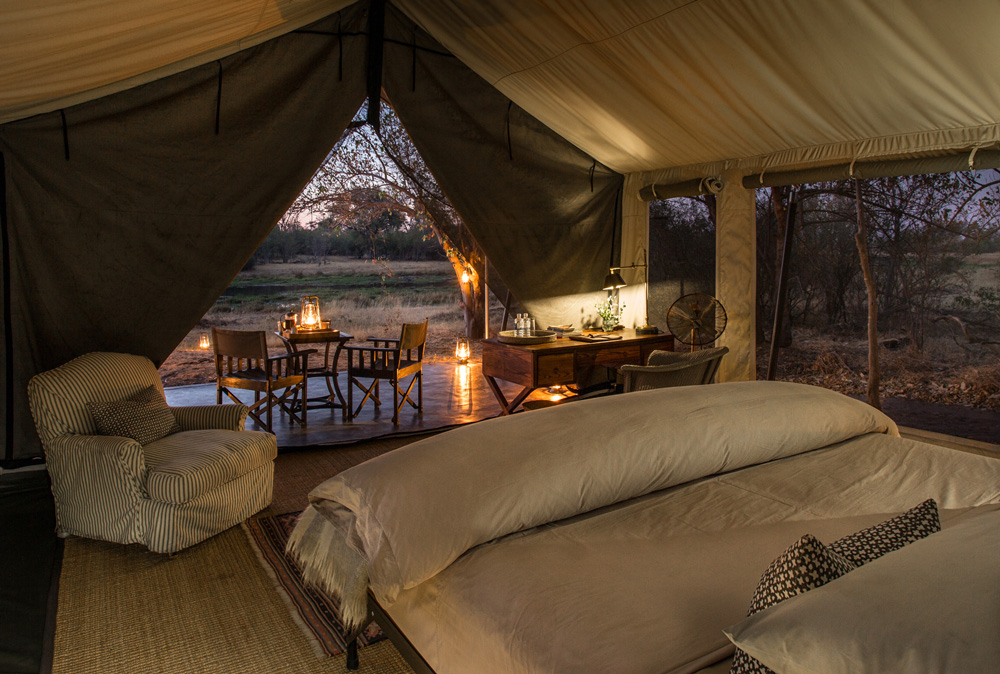 Sango Safari Camp is situated on the outskirts of the village of Khwai and overlooks the stunning Khwai River. Accommodating 12 guests in six en-suite Meru tents, with open-air showers and handcrafted furnishings, the camp is designed in the style of the classic tented safari camp of days gone by. 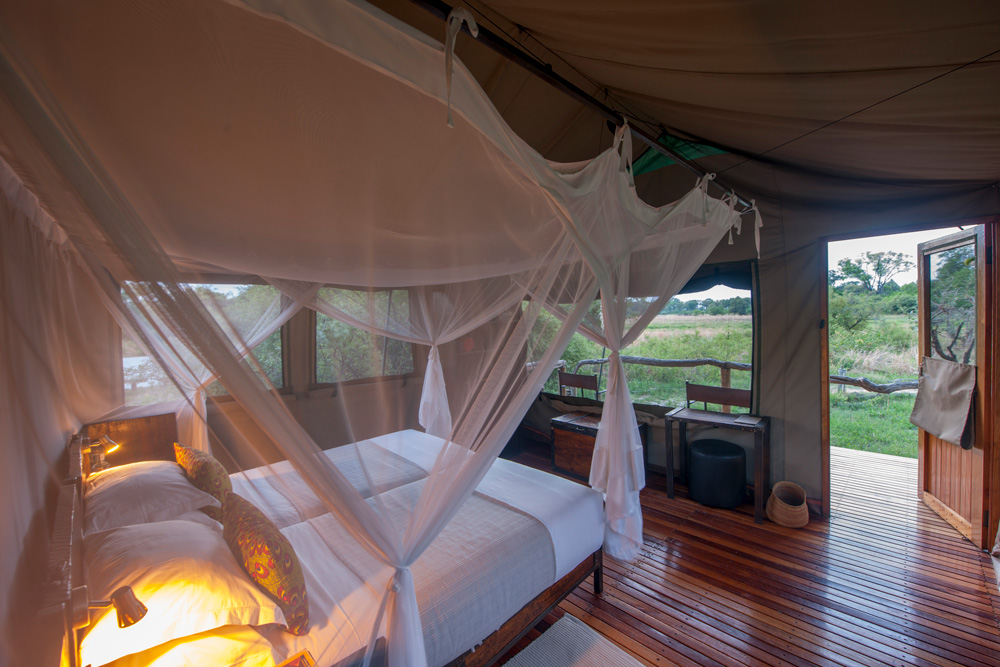 Khwai Guest House is located in the picturesque village of Khwai, on the dirt road running through the village, within a short drive of all major game-viewing areas. It offers affordable and comfortable accommodation. Guests are accommodated in one of the six newly refurbished thatched bungalows, inspired by traditional housing prevalent in Botswana rural communities, each featuring attached bathrooms with open-air showers. 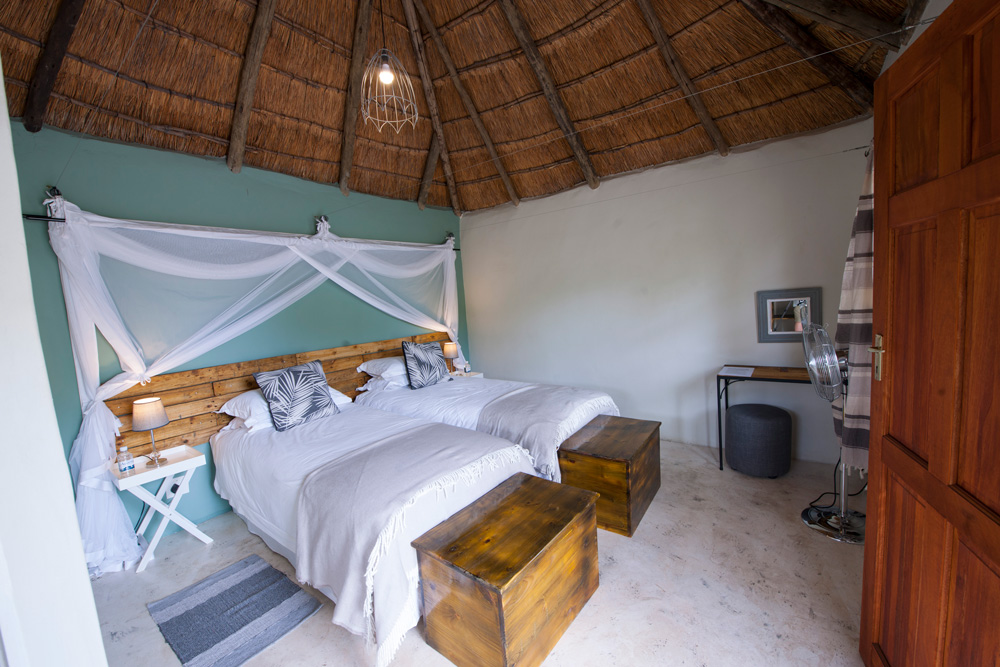 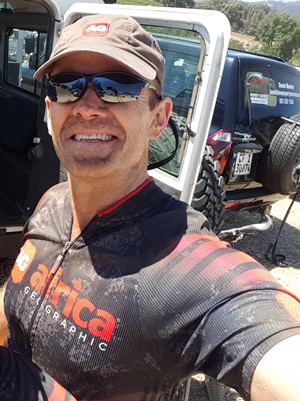 Simon Espley is an African of the digital tribe, a chartered accountant and CEO of Africa Geographic. His travels in Africa are in search of wilderness, real people with interesting stories and elusive birds. He lives in Hoedspruit with his wife Lizz and two Jack Russells, and when not travelling or working, he will be on his mountain bike somewhere out there. His motto is ‘Live for now, have fun, be good, tread lightly and respect others. And embrace change.’