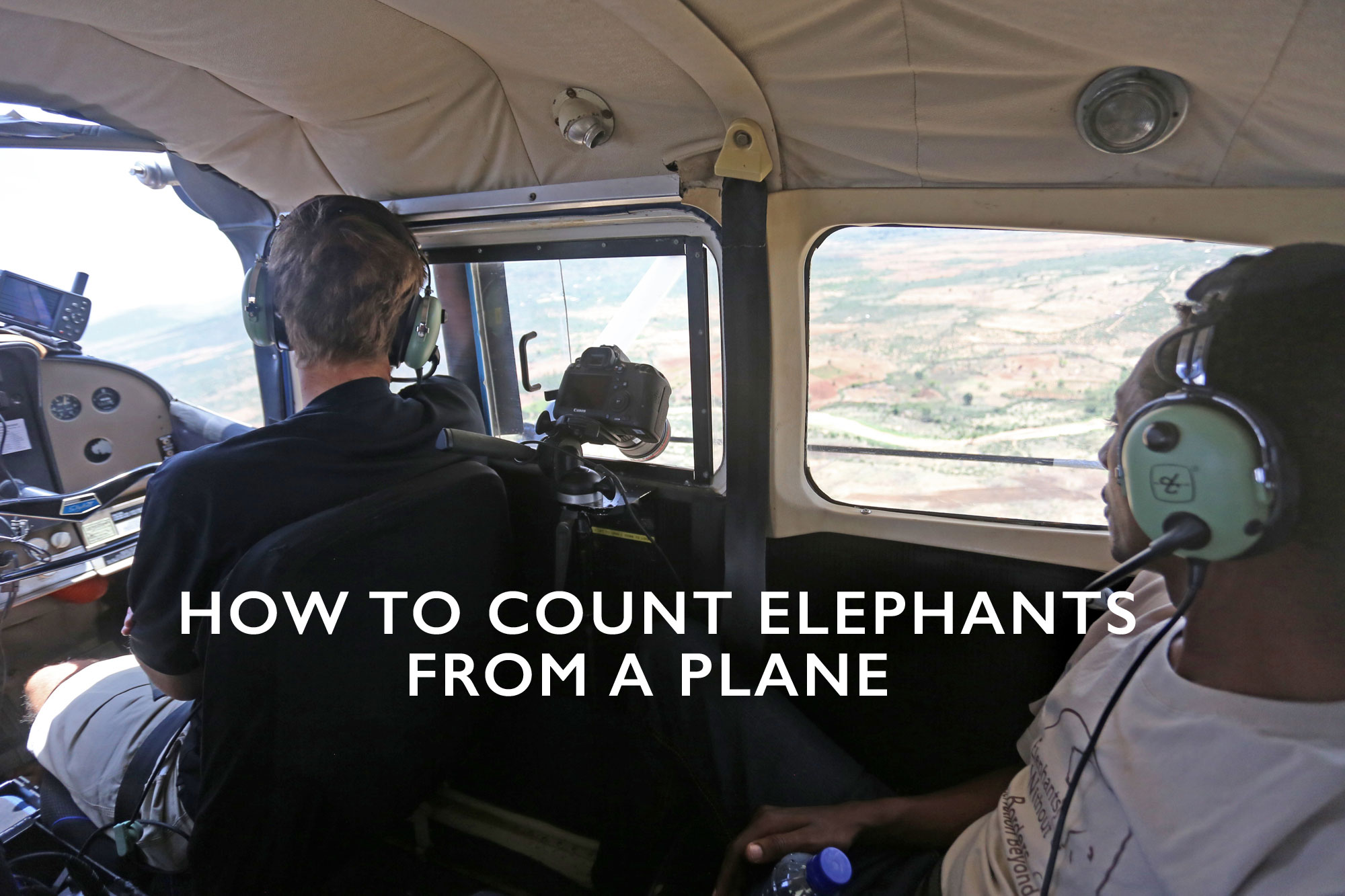 The Tsavo Ecosystem is the most important area for elephants in Kenya and warrants concerted attention from wildlife organisations and conservationists. Before Elephants Without Borders’ plane took to the skies, a total aerial count covering 100% of Tsavo was performed by Kenya Wildlife Service using 16 planes from their organisation as well as NGOs such as The David Sheldrick Wildlife Trust, Tsavo Trust and Save The Elephants. This resulted in a preliminary count of 11 076 elephants – down from 12 573 in 2011.

EWB’s survey differed in that it was a sample count which flew 10% of Tsavo using just 1 plane. Chase estimated the number could be around 14 000 elephants at any one time, taking into account that elephants are seasonal migrants. EWB’s sample survey is a valuable complement to the larger, more comprehensive method. It also illustrates the efficacy of smaller surveys, which could be simpler and cheaper for governments and NGOs to conduct in the future.

A typical total aerial count covers 100% of the target area, flying strips spaced 1 kilometre apart. A sample count differs in that it flies strips spaced further apart and covers areas chosen by factors such as concentration of elephants and natural habitat. The strip spacing varies accordingly. 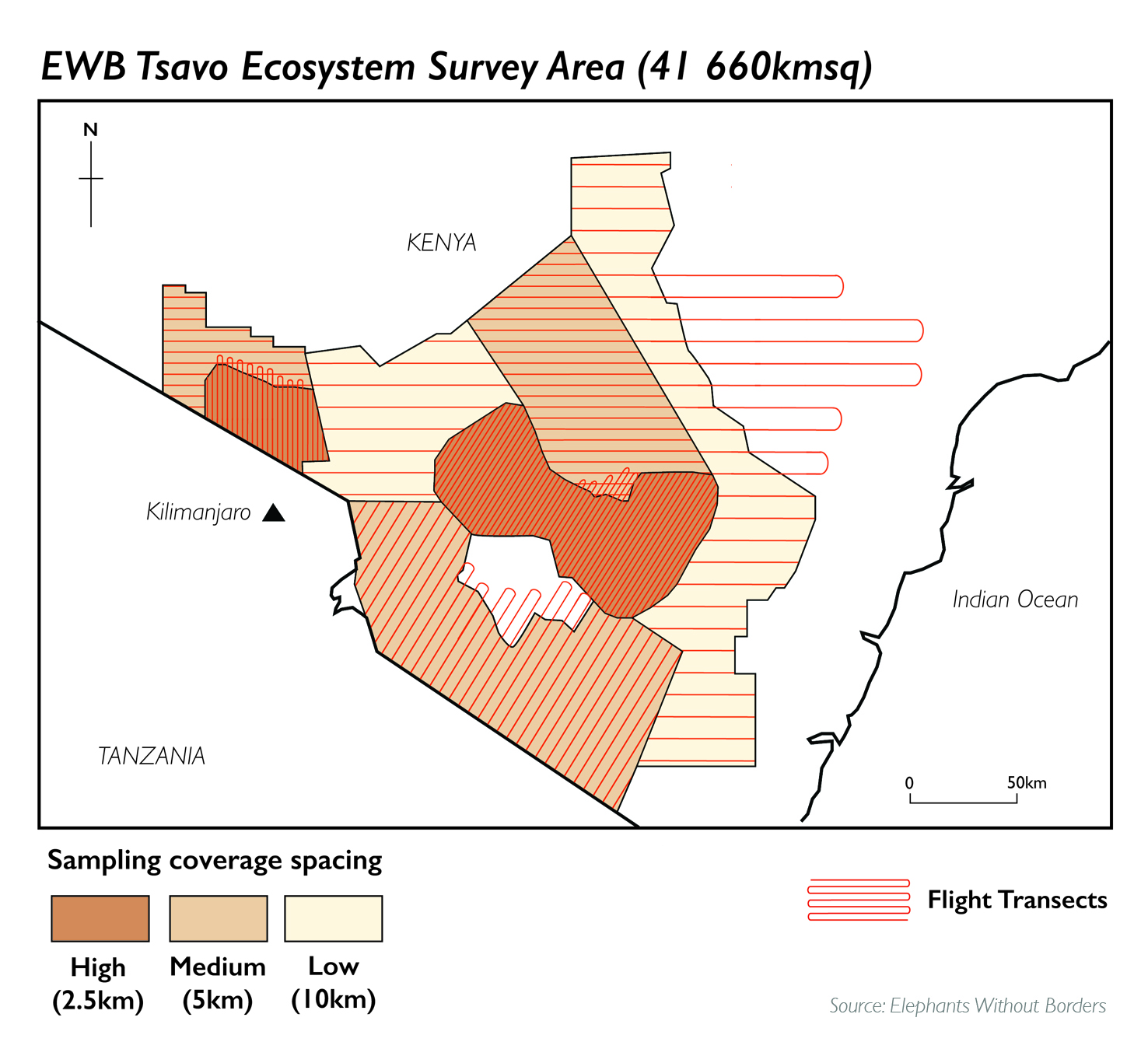 To set up the plane for counting, wands are set at a precise, parallel distance apart, to delineate the strip width. 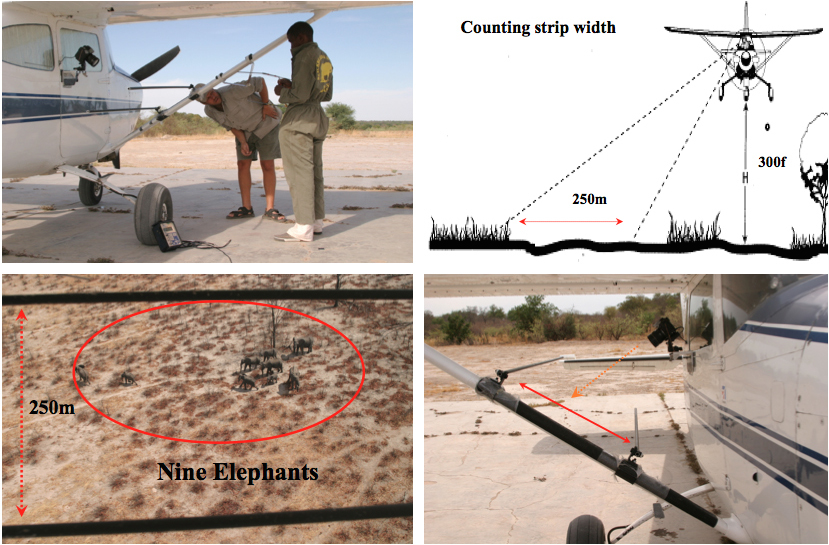 The plane flies at a certain altitude which keeps the area within a designated width of ground coverage, seen between the wands. The observer counts and photos are taken of the wildlife seen between the wands. This is important for post-analysis for the population numbers to be extrapolated, taking into consideration ground coverage that could not be flown. The system is applied on both sides of the plane with at least 1 observer per side.